An air-conditioners installment is a complex operational task which requires a lot of technical knowledge, a good organization, a variety of equipment and special tools, and very often it can be dangerous depending on the location where the device is being installed. Do not ever let unskilled and partially trained persons to install your air-conditioners, because it can lead to the fast device breakdown, and it can also present a security problem for you and your surroundings. It is also followed by your losing of the producer`s or seller`s guarantee. 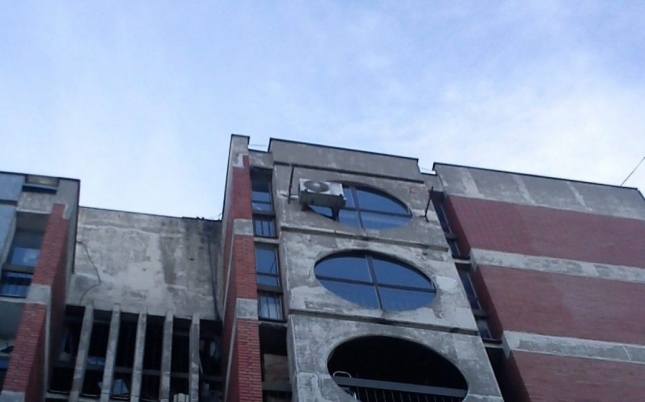 It is very important, to follow established installation procedures during airconditioner installment set by the producer in installation guide. Not respecting this procedure may also lead to the early breakdown of a device, and even to losing guarantee if the omission is obvious. The most people want to install an air-conditioner during the summer when our people mostly use them and in relation to that, it is a period when they are being spoilt the most. Because of that, the most of serious airconditioning services work the most in this period. Due to work overload, as well as to the extreme weather conditions, it often happens even to the experienced fitters to make a mistake during the process of installing like: badly linked pipeline which causes freon leaking later or it does not do the device working testing which might have factory error or if the proper advice is not given to a client about how to use an air-conditioner. Because of that the installment process itself may last from 2.5 to 5 hours, which depends on the position of the device; the length of pipeline, the easiness of approach, a device size, the number of installers and etc. Let the installers make a choice of the IU and OU position at the split system, with your suggestions. If a client insists on the inadequate position, the installer is obliged to warn them to possible problems in the functioning of air-conditioners, and in the extreme cases he should even refuse such an installment if that presents a safety problem for a client and his surroundings.

The position of air-conditioner must satisfy following conditions:

It should be mentioned that it is not always easy to fit in all conditions, so we often need to make special carriers of air-conditioners, in order to place it in the optimal position. It surely increases the costs for the price of a carrier as for one more coming of the installer if it is not possible to make it on the spot or in a day period, but on the other hand, later it decreases costs of servicing due to the easy access, increases stability and functionality of the device, raises the aesthetic level, and generally prolongs air-conditioner`s life-expectancy. All of these may increase the price of installment, usually from 20% to 50%. Always avoid to position airconditioner at the extremely inaccessible places, because it can late increase the price of service as much as to 3 more times in relation to the average price. Apart from that, you would not easily find an installer for that job. One more important piece of advice: Because of the failure frequency of inverter air-conditioners at our market, which is the consequence of the voltage variability in the city electricity grid you should necessarily buy some surge protector (voltage stabilizer, krk etc.) Without the protector, your guarantee would not be valid with the most of importers. In the end, keep in mind that the quality air-conditioners installment gives minimal costs of maintenance and a long lifetime.

About the Author: admin